There is now, thankfully, much more awareness of design in all aspects of everyday life.

But sometimes is it more of a case of style over substance and will it stand the test of time?

A discussion with a client got us thinking about what is good and what is bad design.

In conversation with Ashton House Design

Our client Ashton House Design, who are  listed in The Telegraph’s Best 20 Interior Designers in Britain, talked to us about interior designers working in conjunction with architects to ensure that interior spaces worked well for the end user and didn't just look good.  It brought back memories of a lovely apartment we stayed in in Westward Ho!

Situated right on the sea front it was only a promenade's width from the waves when the tide was in.  At the front, the whole block was designed as an undulating curve with large expanses of glass to make the most of the expansive sea views.  To the back, things were far more basic and functional with standard windows and doors and an altogether more utilitarian design.

Once inside, unfortunately the interior design had not been as well considered as the eye-catching facade.

In the living room (with an amazing view!) the TV aerial socket and plugs were on the wrong wall - meaning if you'd plugged the TV in there you would have been facing away from the lovely vista outside (problem solved by the owner by trailing all the wires underneath the picture windows to the opposite side of the room!).

The spaces were also badly laid out - a large hallway and yet a small kitchen.  Upstairs there was a huge master bedroom which  commandeered the full width of the front of the apartment and a second bedroom at the back which was poorly lit because the small square window was squashed to one side - obviously to keep a nice neat line of windows on the outside to keep the design aesthetic!

Some clever interior design and consideration of how the spaces would be used could have resulted in both bedrooms being able to benefit from the sea view whilst putting the bathrooms to the back of the building.

Design house Dyson claimed to have "solved the problem of hand driers" when they introduced their turbo-powered hand driers which were said to revolutionise the industry.

And yet, time and time again we visit facilities where these have been installed and it seems all they have done is create more problems - mostly for the cleaners who already have a huge task on their hands keeping these public spaces usable.

Yes, they dry your hands - but much of that is done by blowing the water everywhere else - down the wall, on the floor, onto your clothes and if you have your hands at the wrong angle then it's up your sleeve and along your arm!

Mats on the floor under the driers seems to be one of the most used solutions - and still Dyson continue to make money from something that seems to cause as many problems as it solves!

Lauded as a new icon to replace the traditional design that had served the capital for so many years.

Yes, it looks good from the outside with it's quirky windows allowing you to see people negotiating the stairs BUT!.....

The three door system has proved a problem from the start (now there's a surprise!) - easy access for those less than honest who think they shouldn't have to pay for the privilege of riding on one.

The Air-con - doesn't work as well as it should so many of the windows have had to be swapped for ones that actually open - even London's polluted air is fresher than sweltering!

And then there's the view - or lack of it!  Sit upstairs and it's like you're wearing a visor - you get a very narrow, horizontal view of London passing you by.  Unless you're the one next to the window there's not much chance of looking up to appreciate the magnificent architecture that so many tourists (and locals) come to see and admire.

It will be interesting to see if they are as long-lived as the beloved Route Masters they replaced - methinks not!

The ups and downs of concrete design 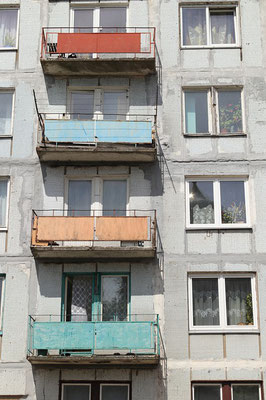 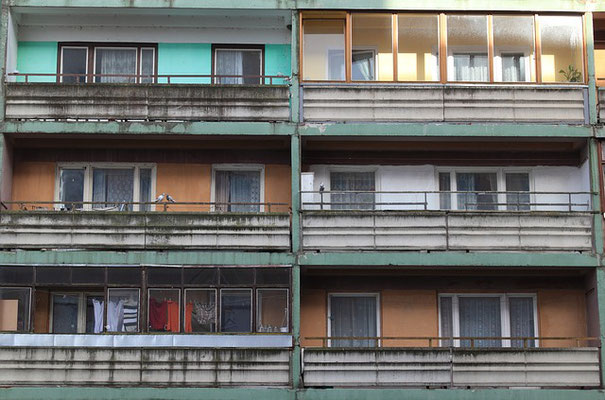 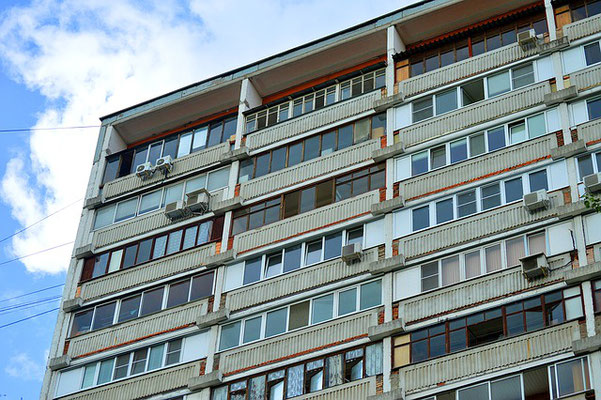 The 1950s witnessed a decline in the traditional semi and a rise in the numbers of flats and maisonettes built by local authorities many of which were built in concrete.  One of the most ambitious schemes was in Sheffield where, in 1961, Park Hill was created - a monolithic concrete structure built on a hill overlooking the centre of the city.  This 'brave new world' was intended to signal the rejuvenation of the town and provide quality homes in a deprived area.  Designed by two young Modernist architects, Ivor Smith and Jack Lynn, it consisted of huge snake-like blocks containing 995 dwellings, housing over two thousand people. The front door of each apartment opened onto a twelve-foot wide access deck – or 'street' - which ran from one side of the complex to the other. Bridges carried the street through the entire scheme enabling milk floats to pass from door to door!

The architects were keen to preserve a sense of community and as the lobby space in other Modernist blocks tended to become a no-man's land, serving neither public needs nor offering privacy to residents, it was hoped that the 'streets' would solve this problem whilst preserving something of the atmosphere of traditional street life.  So that the residents' individuality would not be smothered by the gargantuan surroundings, different coloured linoleum was laid at each doorstep.

But attempts to create a sense of community within the bleak, concrete environment of large, concrete blocks failed and developments such as Park Hill came to be almost universally loathed.  Mounting criticism of their social and visual short comings was widespread and the structural failure of Ronan Point all led to their fall from grace and the realisation that they were not to provide the solutions they had promised.  After 1970, the concrete tower block was no longer seen as a workable model for urban regeneration although several blocks including The Lawn, Trellick Tower and the Park Hill complex have now been given listed status by English Heritage.

Hindsight, of course, is a wonderful thing and we continue to learn from the mistakes of the past - will all the shiny glass and metal apartment and office blocks popping up across our urban landscapes look quite so sparkly in 30 years time or will we be looking to designers to find yet another 'solution'?